Adonit’s new high-end iPhone and iPad-compatible stylus looks and feels great, but its high price could put off many people.

The most significant selling point of the Adonit Prime stylus is the overall aesthetic. It looks like a pen, and a nice one at that — its silver and black design gives it a high-end feel.

One of our favorite features is the clip, which allows you to hook it onto a shirt pocket, rear pocket, or into an interior pocket in a tech bag. As well as keeping it on hand for when you need it most, it also acts as a handy safety stop to prevent it from rolling off of tables and desks. 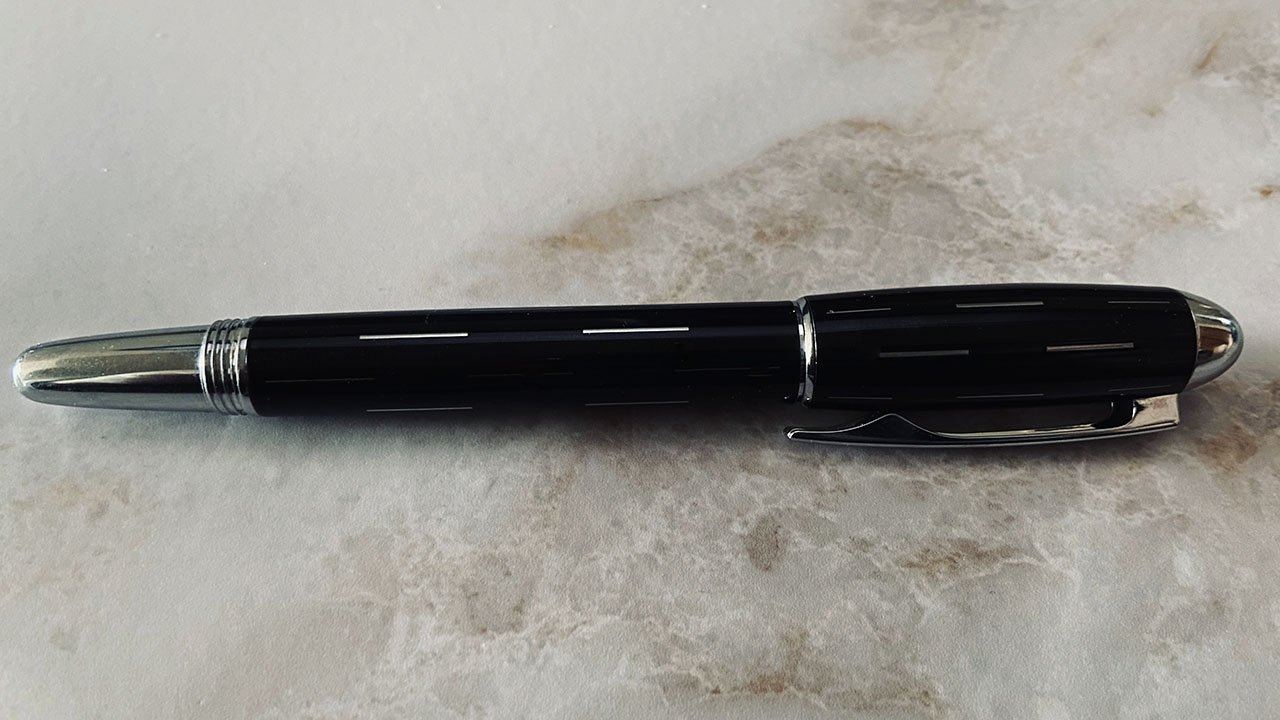 As far as comfort goes, it’s very nice to hold, especially when writing in the Notes app on the iPad. The slightly larger diameter is comfortable in hand, and we found ourselves regularly picking it up to fidget with.

The Adonit Prime is a powered stylus, which means you’ll need to keep it charged to use it with your devices.

Adonit has designed a clever charger that can be adhered to your desk and charge your stylus. It sets tip-down, which nicely displays the stylus, too.

There is a downside, of course. If you stick the charger to your desk, you’ll be less likely to charge it on the go — which isn’t easy anyway. 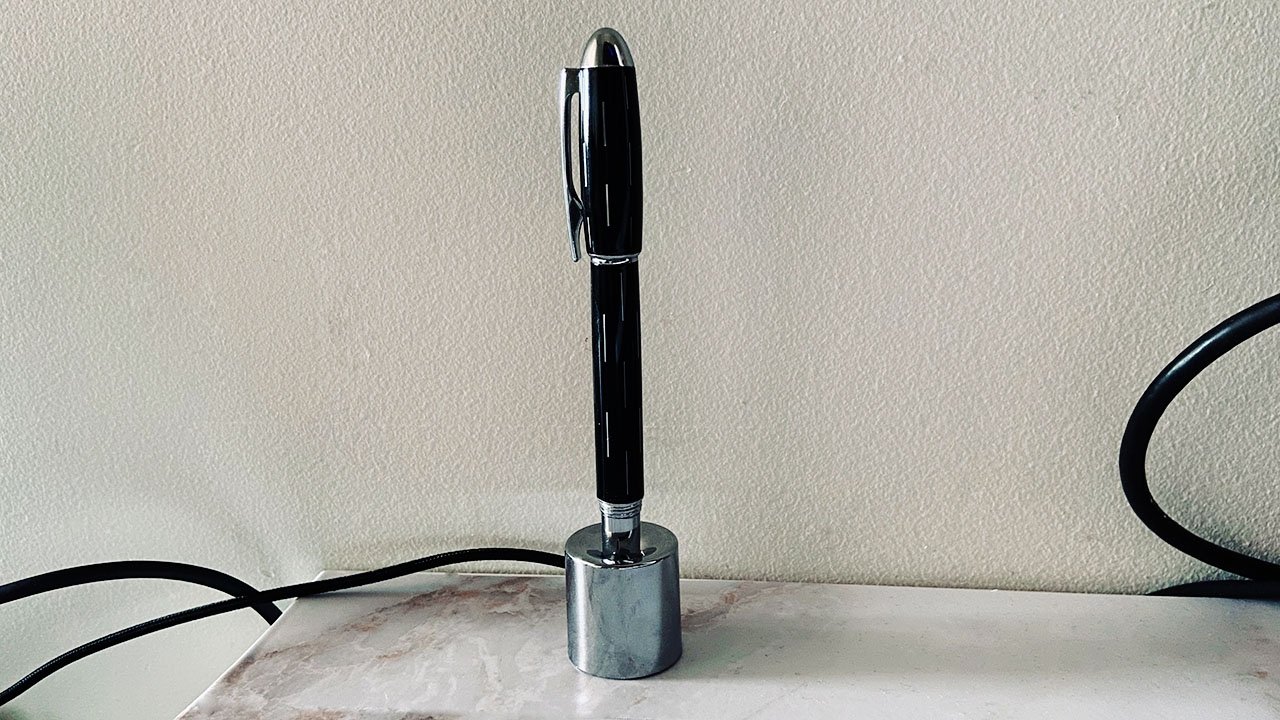 We’ve moved the charger a few times, and its already having issues sticking where it needs to

As far as battery life goes, it’s not terrible. Adonit rates the stylus for about 12 hours of continuous use before it needs to be recharged, which means that your mileage will vary depending on how often you use it.

However, keeping the charger on our desk encourages us to return it to the charger when not in use.

When used with the iPhone, it works like many other styluses. It’s powered, so writing on your screen is significantly more manageable, thanks to the small tip the stylus has. We used it with an iPhone 11, but imagine that it would shine on any iPhone Plus lines, where you’re inhabiting the area between a phone and tablet.

However, the same small tip becomes a drawback for certain activities — such as clicking a link on a website.

When you use your finger, the iPhone anticipates a certain level of imprecision. You can select a single emoji by pressing your thumb flat against the screen of your iPhone, and even though you technically may touch more than one emoji, it’s pretty good at guessing which one you want.

We found that we were significantly less accurate using the stylus for more nuanced tasks, like selecting a link. This may change with using it more, but it was somewhat frustrating to feel like we needed to try multiple times to select things we wanted.

Still, it wasn’t a bad experience, and we found it was handy for signing our names on our iPhone screen, offering a far greater level of accuracy than our finger alone. We think it would be a great accessory to any retail locations that routinely need customers to sign an iPhone or iPad screen to complete transactions.

The Adonit Prime is compatible with the following iPhone models:

When used with the iPad, it definitely works, but it isn’t anywhere near as intuitive as our second-generation Apple Pencil. There’s no pressure sensitivity, and there’s no tap-to-change-tool feature. It also doesn’t conveniently stick to the side of your iPad to charge.

That being said, it is better than not having a stylus at all, and there may be some use cases where someone could theoretically prefer it.

You can use it with iPad or iPhone

Now you’re thinking, “But AppleInsider, isn’t this stylus for both the iPad and the iPhone? Why are you saying it needs to be used with one or the other?” 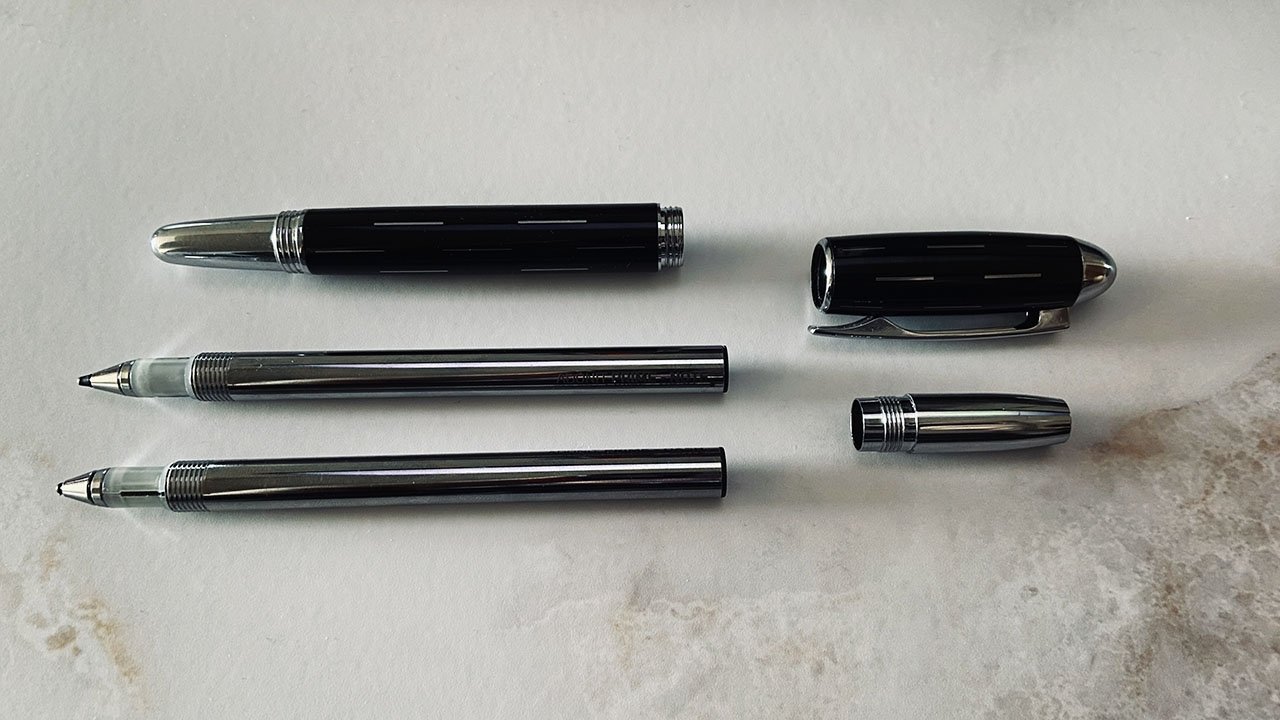 The two different barrels alongside the disassembled Adonit Prime stylus

Let’s be clear here: You can’t really use the single stylus for both your iPad and your iPhone, at least not in any practical way.

We received both for testing, but the iPad-compatible Adonit Prime Note is currently not available for sale. Adonit will eventually offer the “Note” and “Dash” barrels for separate purchase.

Still, it’s not a perfect solution. Swapping between barrels isn’t a simple activity, requires both hands, and for users to keep track of individual barrels. If you wanted to quickly switch between writing on your iPhone and then to your iPad, it would not be a simple task, either.

While this likely isn’t going to be a problem for everyone, it is something to think about before investing in something with such a high price tag.

Speaking of the price

The Adonit Prime blows past that at $250, firmly seating it in the luxury item category. Primarily because it does not feature pressure sensitivity or palm rejection, requires a unique charging setup, and looks enough like a normal pen that you could — and should — be concerned about an office mate or client walking off with it.

Because Adonit hasn’t released the individual barrels for sale, we can’t comment on them. Still, we’d like to point out that unless they offer a rebate of $120-$140, they’re only going to widen the gap between Adonit Prime and the Apple Pencil.

Adonit has made a perfectly serviceable iPhone-specific stylus, and it’s an okay alternative to the Apple Pencil if you’re not an artist. However, the high price tag and the need to swap between charging barrels are hardly ideal.

If future iterations bring the price down more into the Apple Pencil range, we think this would be a solid entry into the stylus market.