As a thin wallet fan, the idea of ditching my wallet entirely has been appealing for some time. While I don’t yet live in that wallet-less utopia, Apple’s frequently maligned iPhone Leather Wallet with MagSafe is great, despite what you may have heard from critics.

I’ve been using Apple’s MagSafe wallet in combination with the iPhone 12 Pro and Apple’s official MagSafe silicon case since they all launched last fall. Depending on the thickness of your cards, it can hold two or three — in my case, a driver’s license, a credit card, and a New York City MetroCard. Since switching to the Apple MagSafe wallet, I’ve also picked up a money clip, for the times when I need cash.

Priced at $59, it’s on the pricier side as far as wallets go (as are all official iPhone accessories), but the MSRP is not exorbitant. For example, I see a lot of ads on TV for the Ridge wallet, a pocket-friendly thin-and-light product that starts at $85.

It’s made of “tanned and finished European leather,” it comes in four colors (I chose “saddle brown”), it carries a few cards, and it sticks to the back of your iPhone 12.

If I replace my paper-thin MetroCard with a third full-thickness card, it becomes too difficult to push the cards up and out. As such, I’ve defaulted to two cards since launch, and I haven’t had any issues.

Since it launched, I’ve seen a number of complaints about Apple’s leather wallet, with iMore deriding it as “more of a collector’s item than a must-have accessory,” and MacRumors initially declaring it “kind of a mess” before their reviewer changed his mind. Suffice to say that if this was an accessory or wallet from any other company, there would not be so much criticism, let alone revisiting and reassessment. 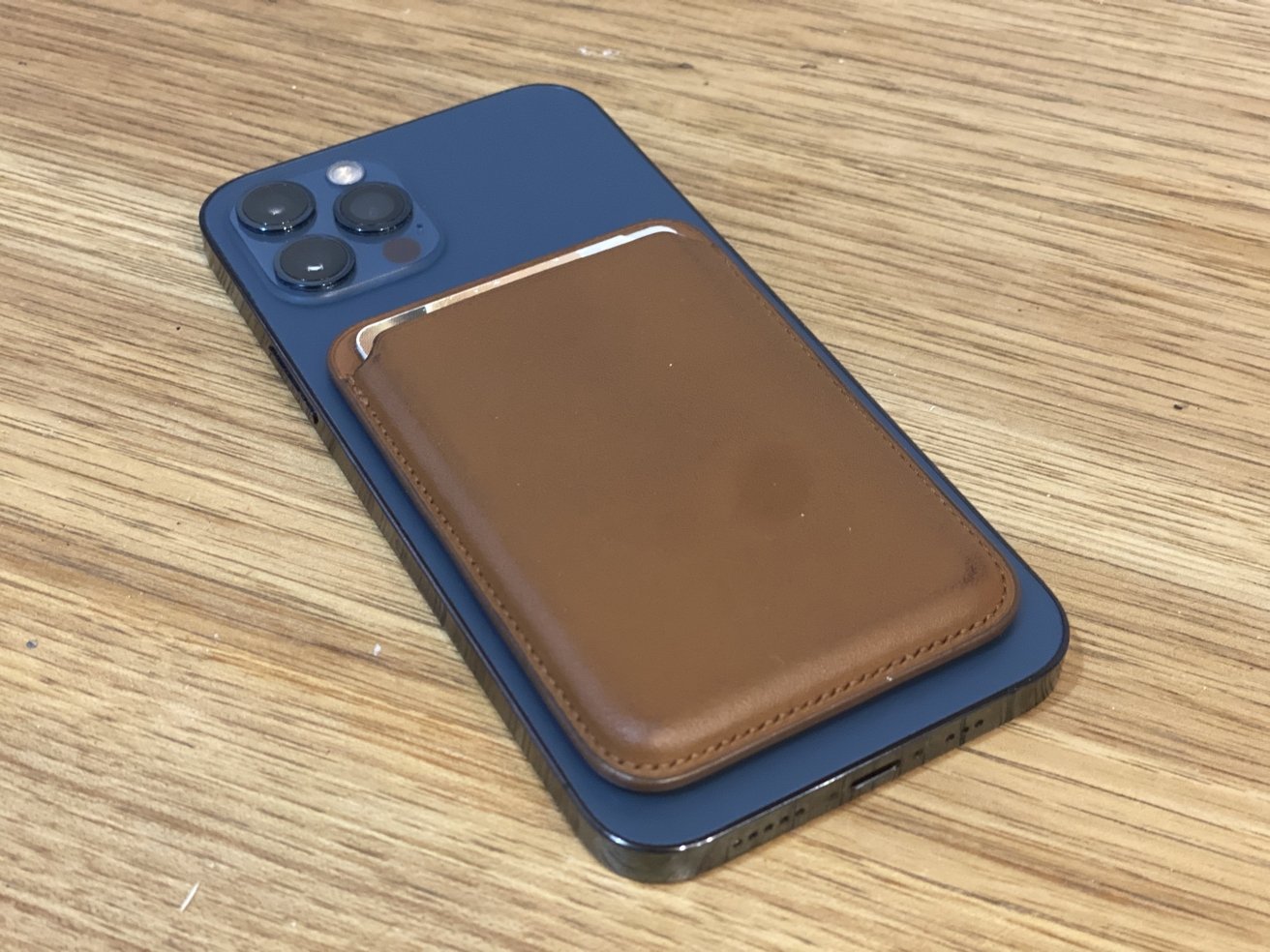 The MagSafe wallet can be used with or without an iPhone case, depending on your personal preference.

I’m not going to try to convince you that you should or should not use the Apple MagSafe wallet, as everyone has different needs and this product seems to serve a very specific type of user who appreciates a minimalist wallet. Plus, we’ve already reviewed it. Instead, I will refute some of the main criticisms of the product:

Of course it doesn’t hold many cards or any cash

Apple’s primary interest is in selling you an iPhone (and an Apple Watch) and having you use your Apple Card or other credit cards through Apple Pay. If Tim Cook and Co. had their druthers, you wouldn’t be using physical cards at all, but we still live in a world where cards — and, in some cases, cash — are necessary.

Apple split the difference by offering a wallet that holds a few cards but no cash, intended to be used in tandem with Apple Pay. 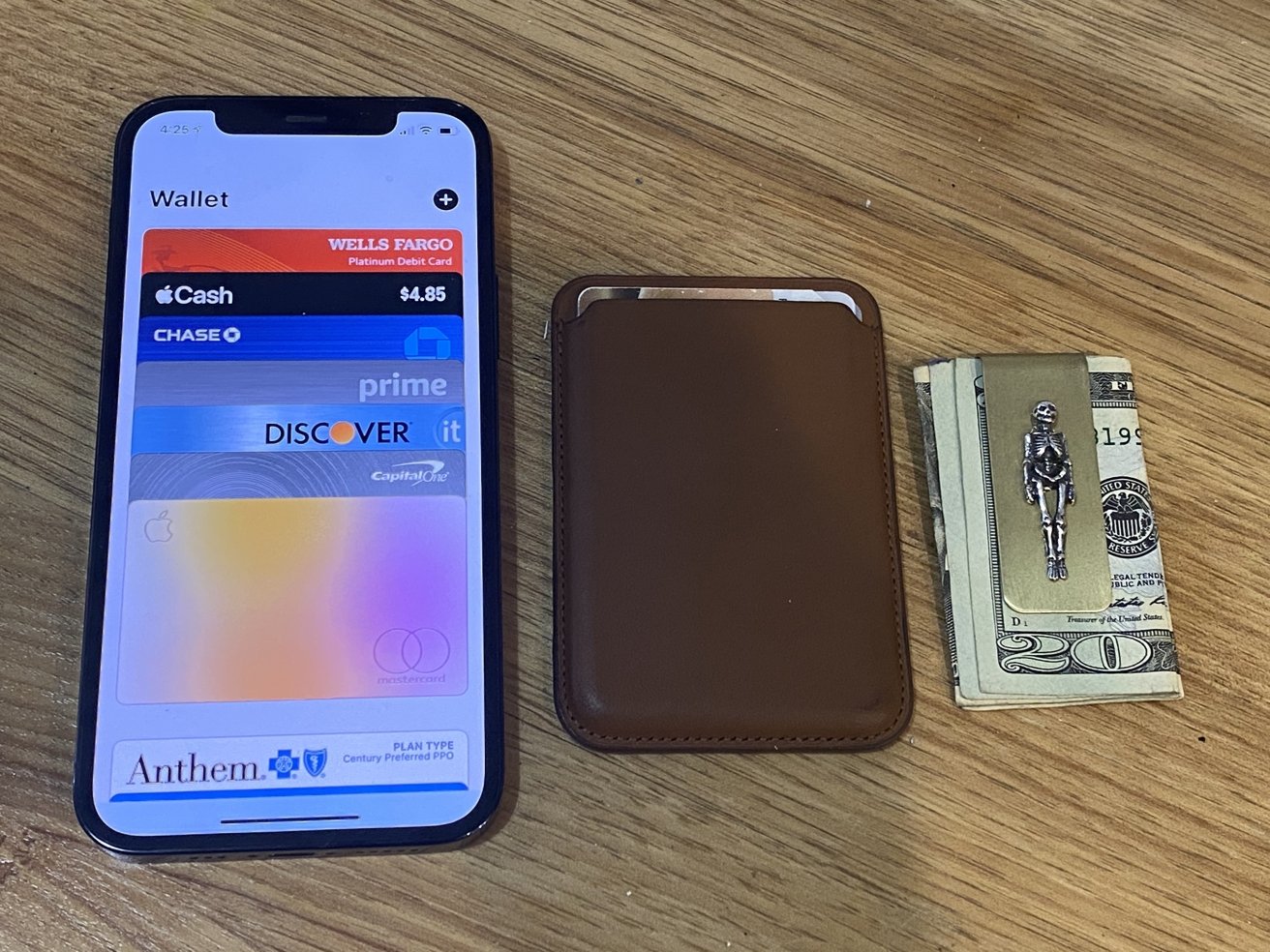 Using a MagSafe wallet can seriously cut down the amount you carry.

Consider that the Apple Card offers users 2% cashback on tap-to-pay transactions with Apple Pay, but just 1% back on purchases that use the physical titanium card. Apple went out of its way to make a credit card out of titanium and disincentivizes you using it, because it wants to may NFC-based payments with Apple Pay the norm.

It should come as no surprise that the company is interested in giving you a jumbo-sized monstrosity of a wallet that hangs onto your phone.

The magnets are fine and work well

I’ve seen some videos and complaints that the MagSafe wallet doesn’t connect straight, with users haphazardly slapping it on the back of their phone and showing that it doesn’t magically align itself. This seems like a weird complaint to me — do they randomly jab plugs and ports together?

The other complaint is that the magnets aren’t strong enough and the wallet falls off. I admittedly don’t wear skinny jeans, but I have not experienced this issue. 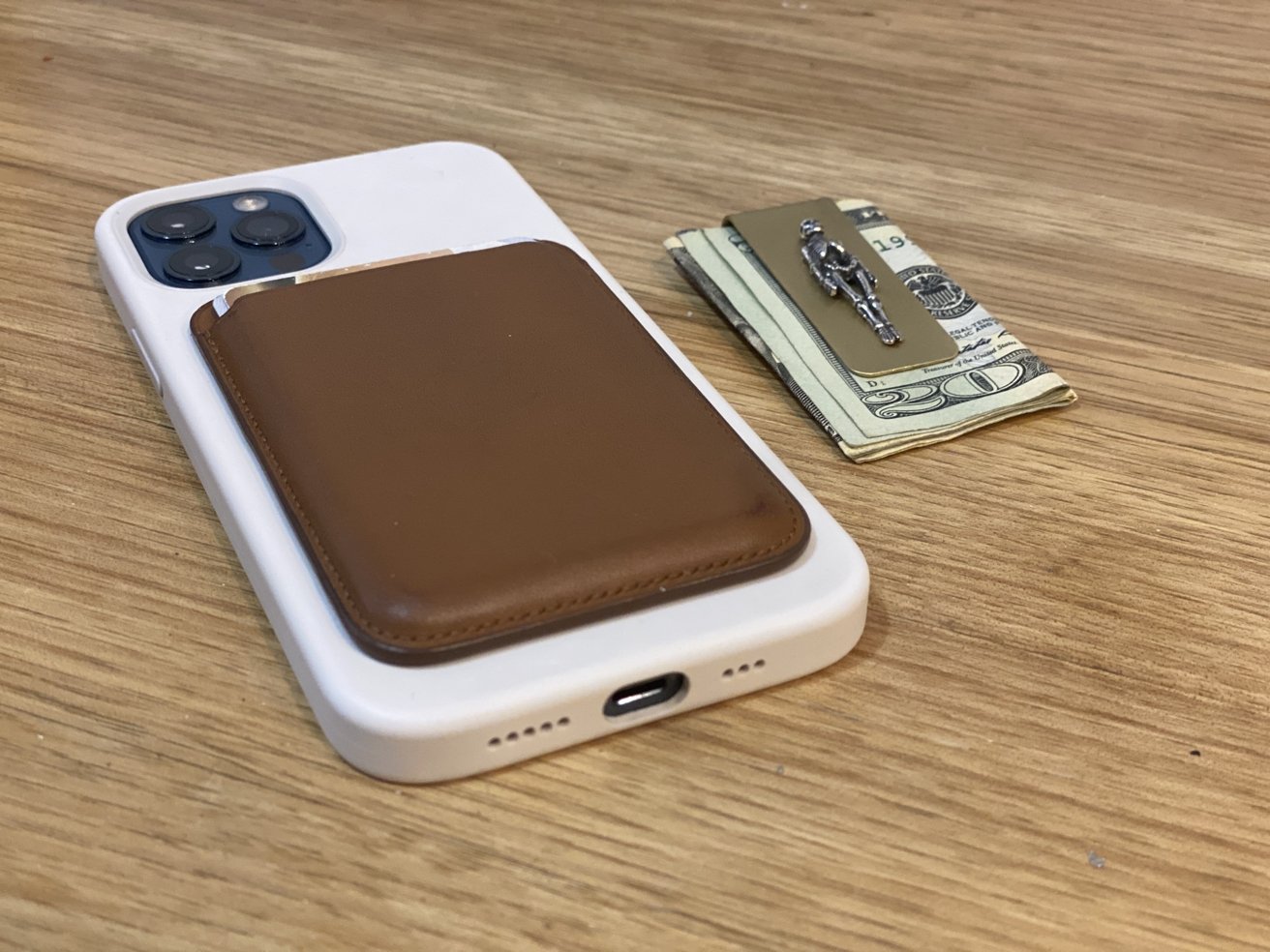 The wallet aligns perfectly with the back of the iPhone when attached.

When I push the wallet and deliberately attempt to lodge it out of place, it’s more secure when held against Apple’s silicon case for the iPhone 12, presumably because the case material provides more friction. The wallet does budge easier when just attached to a naked iPhone 12, which has a smooth metal back, but I’ve never had it dislodge when pulling out of my pocket.

I feel this is a “be careful what you wish for” scenario, because stronger magnets could make it difficult to detach your wallet from your iPhone, which is not a great situation to find yourself in when you’re trying to pay for dinner.

The material is nice and looks good

As I said, it’s made of “tanned and finished European leather.” Based on the description alone, I’m kind of surprised Apple doesn’t charge $99 for it.

In the end, the criticism directed toward the official iPhone Leather Wallet is more about Apple than it is about the product itself. A $60 leather wallet only compatible with the latest iPhone models is, in the grand scheme of a massive corporation the size of Apple, a pretty small and inconsequential offering in its sprawling product lineup.

This pointless wailing and gnashing of teeth is nothing new — see the $700 wheels on the Mac Pro, the $1,000 stand for the Apple Pro Display XDR, or the $10,000 gold Apple Watch Edition. Except, at least in those instances we were talking about optional accessories priced in the three-, four- and five-figure range.

In this case, the hue and cry is over a $60 wallet — one that does exactly what it promises to do, at a price that isn’t really out of line with other small leather wallets.