Pop-up retail booths could let customers interact remotely with Apple personal shoppers, as they demonstrate iPhone or other devices through video and AR.

Now a newly-revealed patent application shows that Apple is looking at how to create demonstration units, devices “for remotely demonstrating products to customers in a fluid, visually-appealing manner.” It’s a system for how an Apple employee could be filmed doing a live demonstration, and that demo being relayed virtually to a buyer.

“Remote-Demonstration Unit and System,” shows a small box-like device, within which products can be displayed. From the drawings, it looks how you’d imagine a security-conscious store might display a very high-value item.

Apple describes staff reaching into this box with a device, and demonstrating it within there. What Apple doesn’t directly describe is how users would see this demonstration, or exactly where it would take place.

That’s because the patent application is really concerned with just how such a demo would be achieved. It seems unlikely that Apple thinks it can sell us a box that we’ll turn to every time we want to give the company more money.

Yet it could be used in Apple Stores to show items that are not yet in stock. Or it could allow for booths, for instance, in areas where there are no Stores. Conceivably, the box could stay at Apple, and an AR image filmed in it could be sent to a user’s “Apple Glass” or similar device.

Apple seems to visualize this less for consumers in their own homes, and more for retail locations like out-of-town Apple Stores. The few examples it gives include how such a device “may allow customers to contact and interact with customer service employees at a remote location (e.g., at a call center)”… or “a retail store.”

Wherever it’s situated, the idea is that such “remote customer-assistance systems” could allow “allow customers to ask questions and receive help from employees.”

It’s all about controlling the way customers see a product, making sure they get to examine it in the best light. Apple says that, “a demonstration in which an employee interacts with the physical product may help a customer to better understand the experience of using the product, since a user’s interaction with the physical product may have a significant effect on the user’s experience.”

“As with physical retail stores, a system for remotely conducting live visual demonstrations of products may also present retailers with an opportunity to craft a unique experience for customers, that customers may associate with the retailer or its products,” continues Apple.

“For example, a retailer may choose to present products in a setting that creates a particular visual appearance or impression that is consistent with the retailer’s desired visual branding,” it says.

This all suggests that Apple is thinking of a device it could market to other retailers, but that isn’t necessarily the case. Patent applications are written to cover as much ground as possible, to make it as wide-ranging as can be. 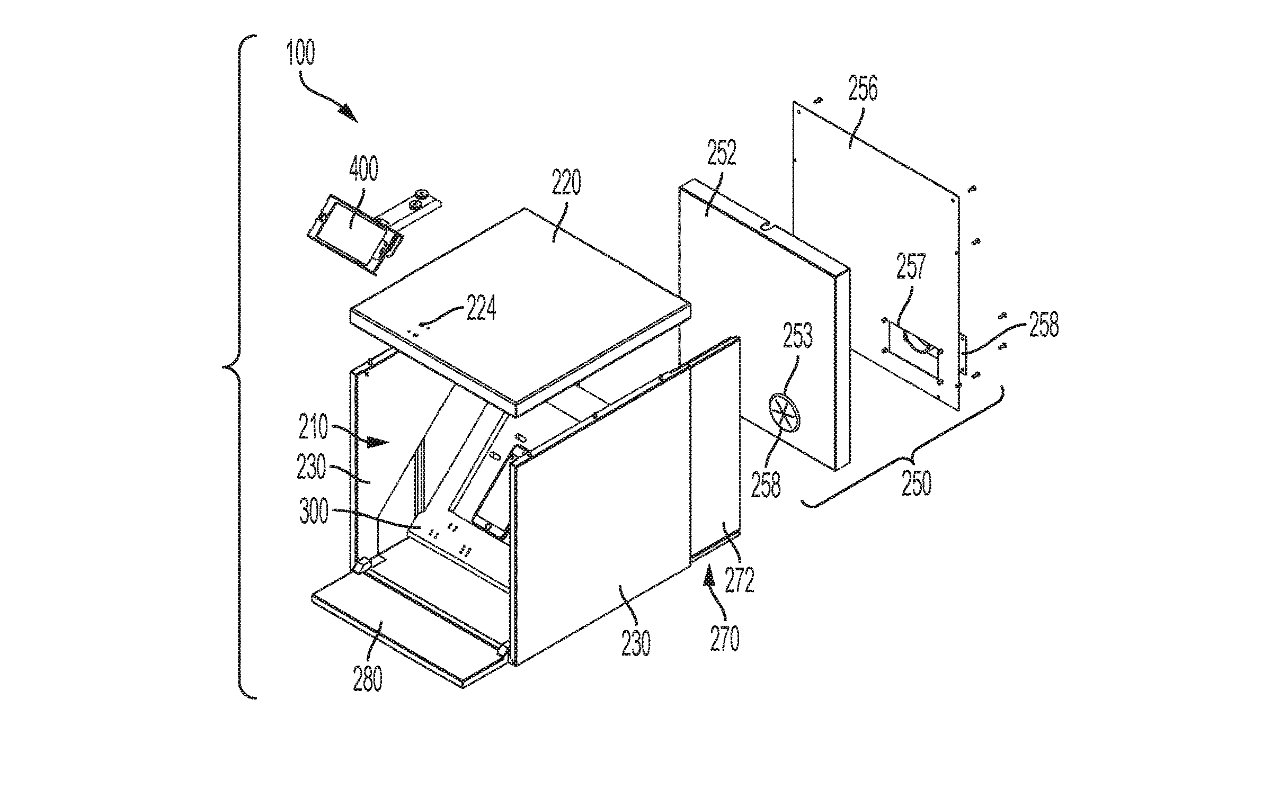 Regardless of which company’s products are being shown, Apple says that its proposed system “may include a housing defining a product-demonstration space,” which could have a “product-display tray” within it.

An Apple employee could manipulate the device and the “video captured by the image-capture device may be sent in real time to a remote customer device over a network.”

Apple does already successfully use a kind of pre-filmed version of this remote demonstration idea. With certain products, like the Mac Pro, it provides an AR or VR version of the device, and does so in such a way that users can see what it looks like in their offices or homes.