Another new Google device stopped through the FCC this week and it’s doing a good job of not revealing exactly what it is. We know it streams, is a media device, and has a rechargeable battery. Are we looking at a portable Nest Audio speaker or maybe a battery-powered Nest Cam? Either would be sweet.

The FCC filing shows off a device under model number G3AL9 that is referred to as “Wireless Streaming Device.” It doesn’t appear to have a display, since the FCC ID will be placed on the back of the device, rather than virtually as an e-label.

We know it was tested for Bluetooth LE and 2.4/5GHz WiFi (802.11n), and that’s mostly it. The FCC docs call it a “mobile device” and tested its RF exposure to ensure that the public isn’t exposed to “energy levels in excess of the Commission’s guideline.”

How could it be portable or mobile? Because it has a rechargeable battery, that’s how. It can also be powered by a 5V AC adapter, but the rechargeable battery tells us something. Could this be a portable speaker that works over both Bluetooth and WiFi? Or is it a Nest Cam that finally enters the modern era of wireless security because it can be placed anywhere without the need for a wired power connection?

There are mentions of the device being a “slave device” and that one of the tests streamed video to it in “full monitor video mode.” Is that a suggestion that it’s a video camera of sorts? Maybe!

We have a number of questions still and this filing isn’t going to answer them. Google is getting better and better at hiding the identity of the devices in runs through the FCC. No matter what, we’ll add the model number to our list. 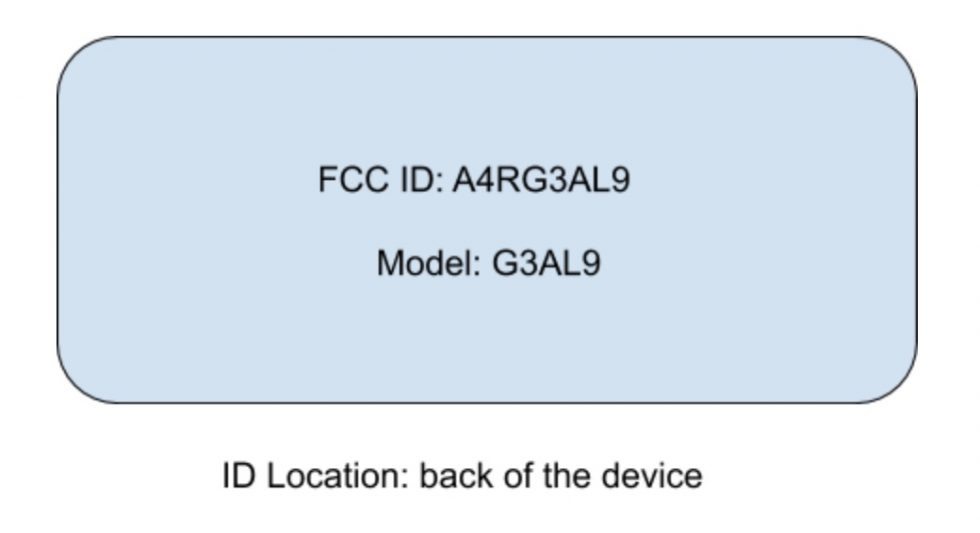